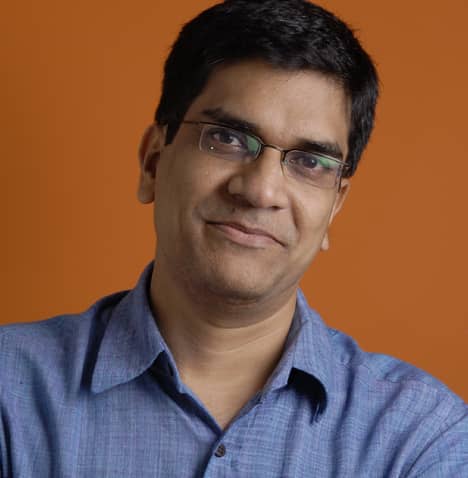 He provides direction to the Institute’s research programmes. Previously, he was Executive Editor of Mint, a financial daily, where he managed the opinion section, wrote daily editorials, and the award-winning Café Economics column. He also helped launch the data journalism initiative at the newspaper. Before joining Mint, he was Deputy Editor of Business World, a financial magazine.

Dr. Rajadhyaksha was awarded the Jefferson Fellowship by the East-West Center in Hawaii in 1998. He received the Society of Publishers in Asia Awards for excellence in opinion-writing, two years in a row (2010 and 2011), besides winning the Ramnath Goenka Award for Excellence in Journalism in 2012, and the B.R. Shenoy Award for Economics in 2017. Dr. Rajadhyaksha is a member of the academic advisory board of the Meghnad Desai Academy of Economics, the board of trustees of the Centre for Civil Society, and of the advisory committee on the fifth volume of the official history of the Reserve Bank of India, written by Tirthankar Roy, besides also serving on the Economics curriculum advisory committees of the Mumbai School of Economics and Public Policy, Ramnarain Ruia College and Welingkar Institute of Management.

Dr. Rajadhyaksha holds a B.A. and M.A. in Economics from Mumbai University; his Ph.D. thesis has been submitted to the Mumbai School of Economics and Public Policy.