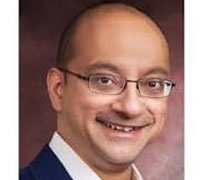 Avik Chanda is a bestselling author, columnist, business advisor, an evangelist for deploying positive psychology in the workplace, and more recently – an entrepreneur. He has over two decades of experience consulting with some of the world’s largest organizations, playing key leadership and organizational roles during his tenure at PricewaterhouseCoopers and Deloitte. He is a visiting faculty at IIT-Delhi and XLRI.

Avik is the author of the nationally-acclaimed business book, From Command To Empathy: Using EQ in the Age of Disruption (HarperCollins), advocating the need for greater emotional enablement in the Indian workplace, was featured in Amazon India’s Best Reads under Business, Strategy and Management. His latest book, Dara Shukoh: The Man Who Would Be King (HarperCollins, 2019), was on the National Non-Fiction Top 10 Bestsellers List for 10 consecutive weeks, garnered huge praise from academics, authors, the national press, and made into an audiobook by Audible.

Avik is the Founder and CEO of NUVAH ELINT LLP, a NASSCOM 10,000 incubated startup, aimed at leveraging a highly innovative, Positive Psychology-driven personality assessment platform, to negotiate the ‘new normal’.