The stage was set. The fragrance of white lilies wafted in the hall. As the clock struck nine, the Scholars started walking in with their parents in tow. Their beaming faces and spring in their step told the story of the year that was. It was not just the Class of 2022 that was a part of the grand convocation though. The Indian School of Public Policy (ISPP) hosted Scholars from two previous batches as well, who couldn’t enjoy an in-person ceremony during the pandemic-induced lockdown.

110 Scholars from all three batches (years 2022, 2021, and 2020) received their certificates for Public Policy, Design & Management during the convocation held on July 16th, 2022. Cheered on by their parents and encouraged by members of the faculty and ISPP Leadership, the Scholars made a happy picture.

Amitabh Kant, G20 Sherpa and former CEO, NITI Aayog conferred the certificates to Scholars. In his address, Mr. Kant expressed his happiness about ISPP alumni working at the State level where core policies are actually made and implemented. “I am a firm believer that Public Policy is a critical component of governance for India to grow rapidly. I am glad that ISPP has a multi-dimensional, multi-sectoral approach to impart policy education, especially in domains of social indicators,” he added. He later tweeted that it was wonderful to meet and interact with brilliant ISPP Scholars and that India needs public policy specialists to ensure progressive policies by States. He hailed ISPP as a great institution.

The founding Dean of ISPP, Dr. Shubhashis Gangopadhyay took the stage to address the audience amid loud cheering from his students. Dressed in a crisp dhoti-kurta and donning his trademark smile he urged the future policy practitioner to solve one problem at a time, instead of trying to solve every problem at once. “Stay curious, because public policy is lifelong learning,” he added.

The Oath ceremony was followed by an inspiring address by Gurcharan Das. While speaking about the dharma of policymakers, he said, “Every country functions by a code. For India, the code is dharma. You, as the future policymaker, should know the power of this code.”

ISPP Co-Founder Luis Miranda addressed the students and spoke about how ISPP is on a growth trajectory that began in 2018. He highlighted the fact that ISPP’s journey began with one PDM programme and is going strong with five programmes today. Apart from the flagship programme, ISPP now offers a LokNeeti programme for working professionals in Hindi and other Indic languages and has collaborated with the Tata Group for Executive Education; designing an online programme in collaboration with L&T, and Mission Karmayogi, a Knowledge Partnership with the Capacity Building Commission, Government of India. ISPP has a 100 percent placement record since its inception, even during the pandemic, he added.

Co-Founder Dr. Parth J. Shah was visibly proud as he congratulated the graduating Scholars and alumni. He said, “Some of the recent world events such as the policy catastrophe in Sri Lanka or the Ukraine-Russia conflict have taught us that assumptions can be wrong. These events are a great reminder to stay curious. Don’t be satisfied with what you know. Chase the uncertain.”

Dr. Gangopadhyay then congratulated Suveera Malhotra from the Class of 2023 to be adjudged as the Valedictorian and invited her to deliver the valedictory address. Suveera beautifully tied all the memories together as she spotlighted her classmates’ strengths and achievements. Amid her friends’ laughter and welled-up eyes, she expressed her gratitude towards ISPP and faculty members for nurturing them as policy leaders of tomorrow.

A special message from Prof. Krishna K. Ladha was read out during the Convocation. The ceremony concluded with Shailesh Pathak, Director of ISPP congratulating the scholars and wishing them luck for a successful future as policy leaders.

After several photo-ops, the scholars mingled with their batchmates and alumni. A special photo booth with each of the ISPP scholars’ names was installed at the venue as many of the Scholars were seen posing for photos next to their names. ISPP leadership and faculty members engaged in conversations with the Scholars as they shared words of encouragement and wisdom for their journey ahead.

Team ISPP came together for group photographs as they engaged in friendly banter and exchanged notes on the upcoming Orientation Week for the incoming Class of 2023 in August.

The convocation ceremony not just highlighted the journey of every scholar, but also took them down memory lane, celebrating their perseverance and achievements. 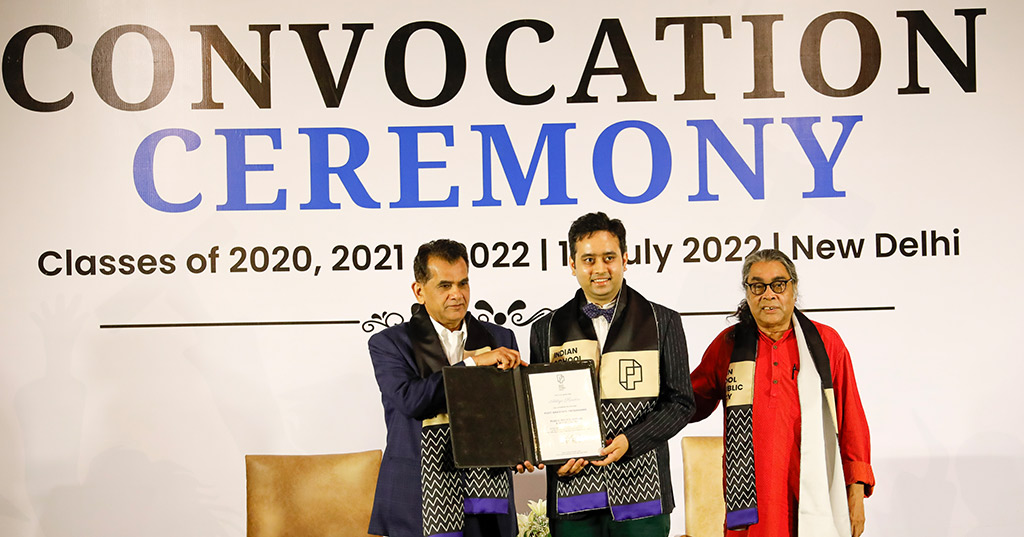 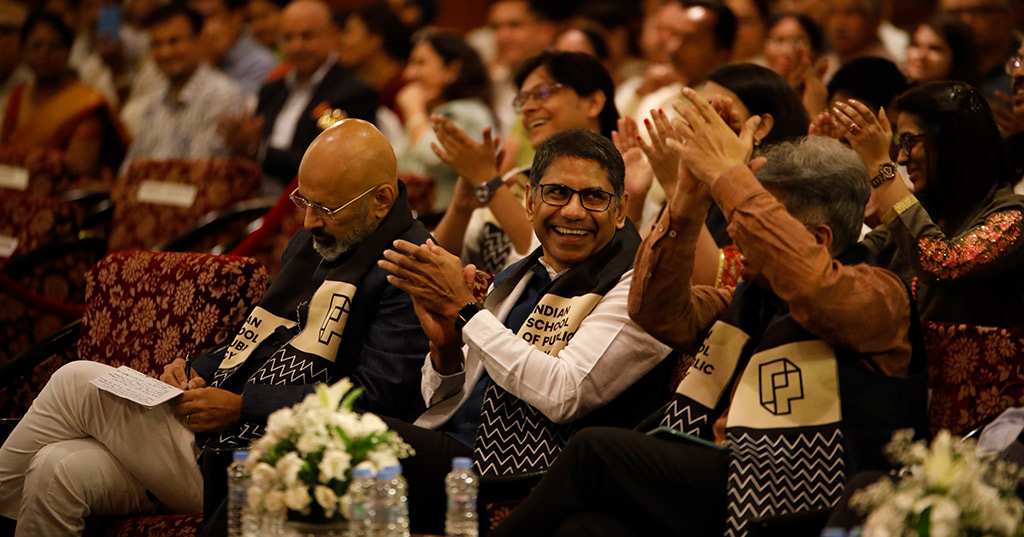 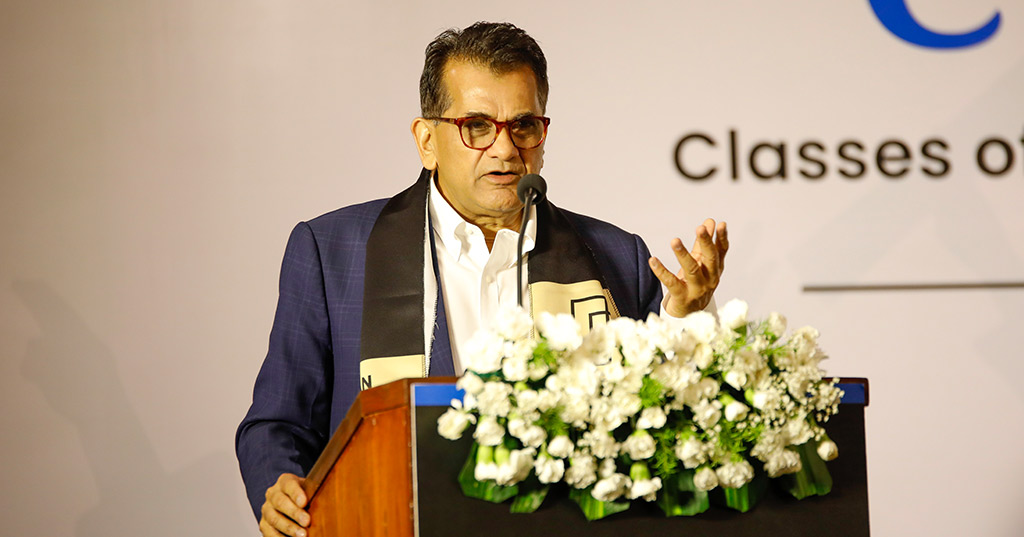 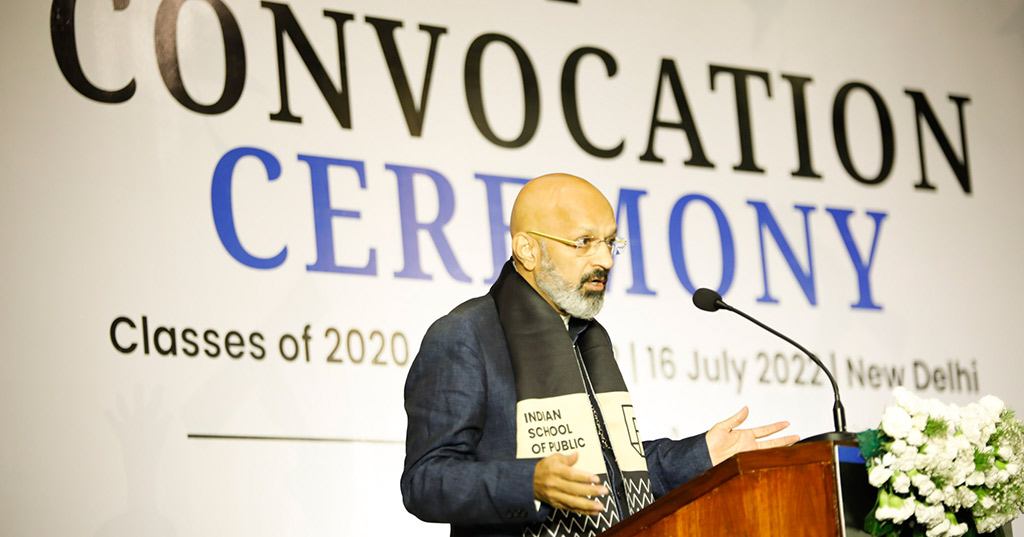 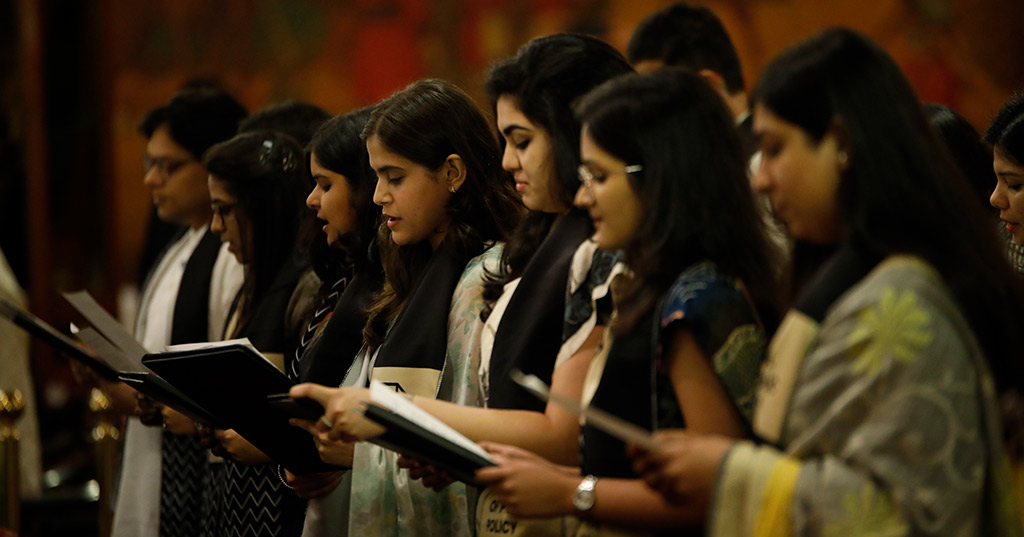 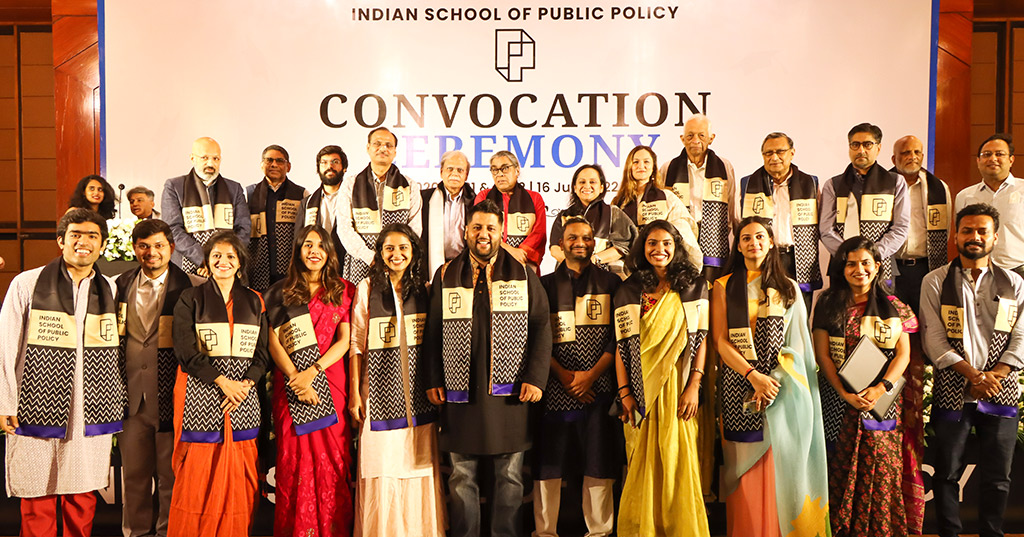 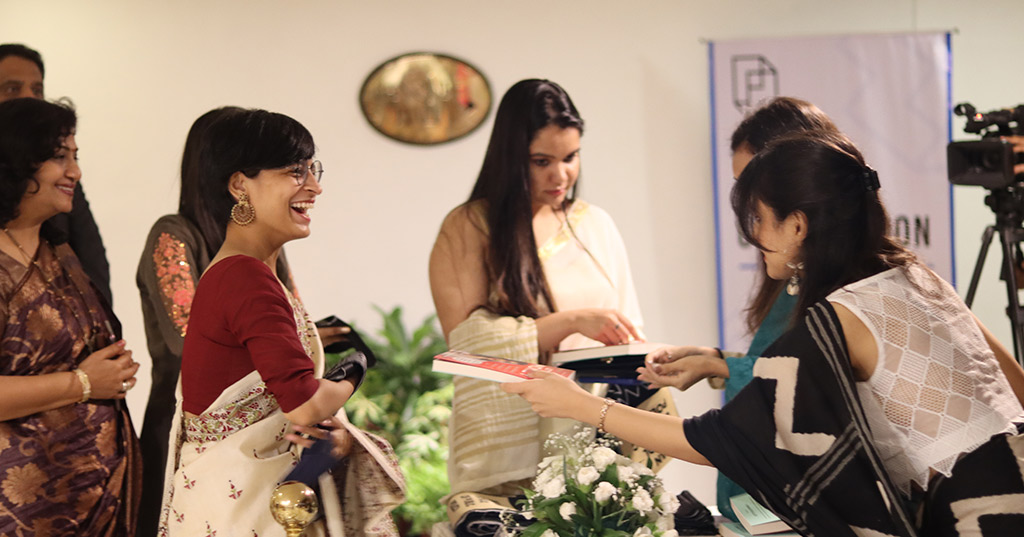 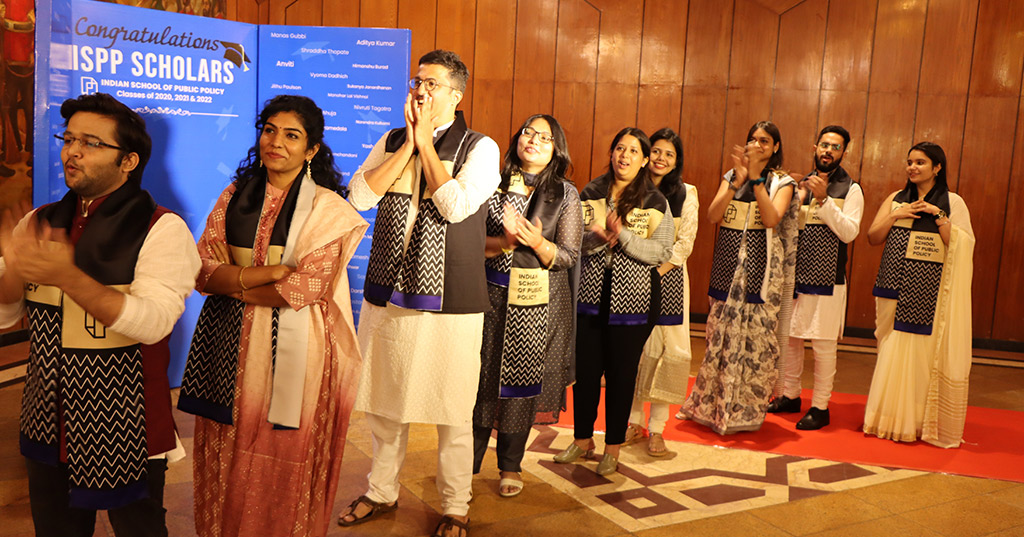 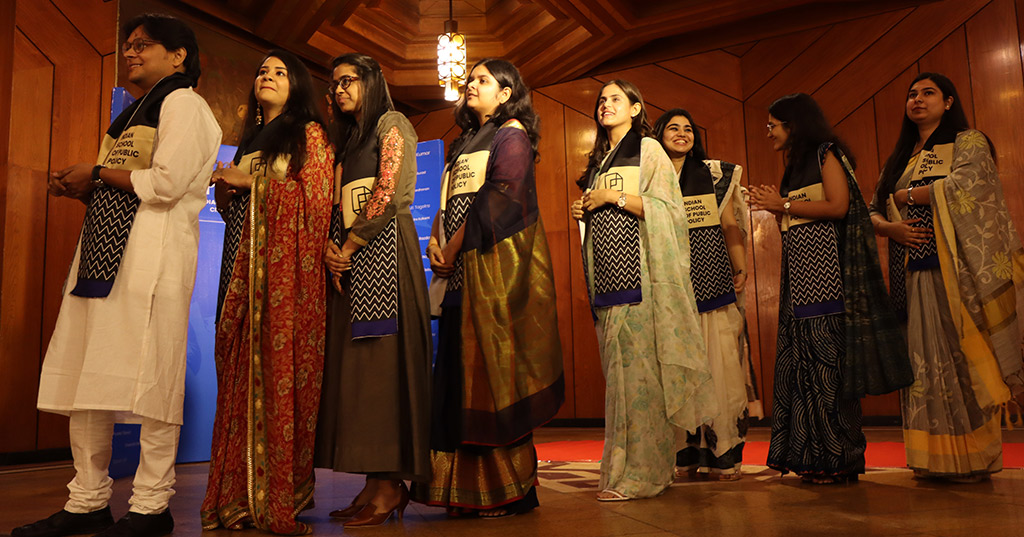 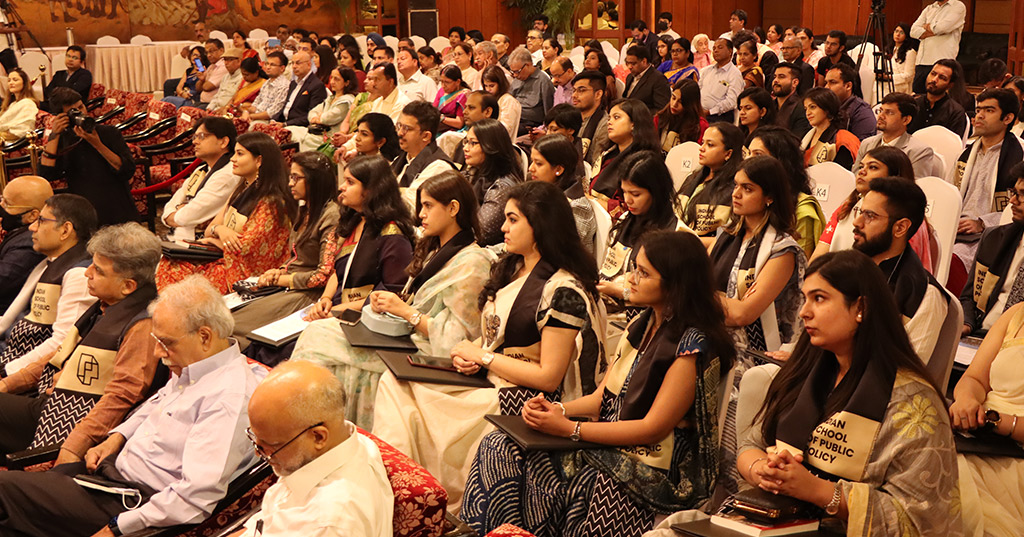 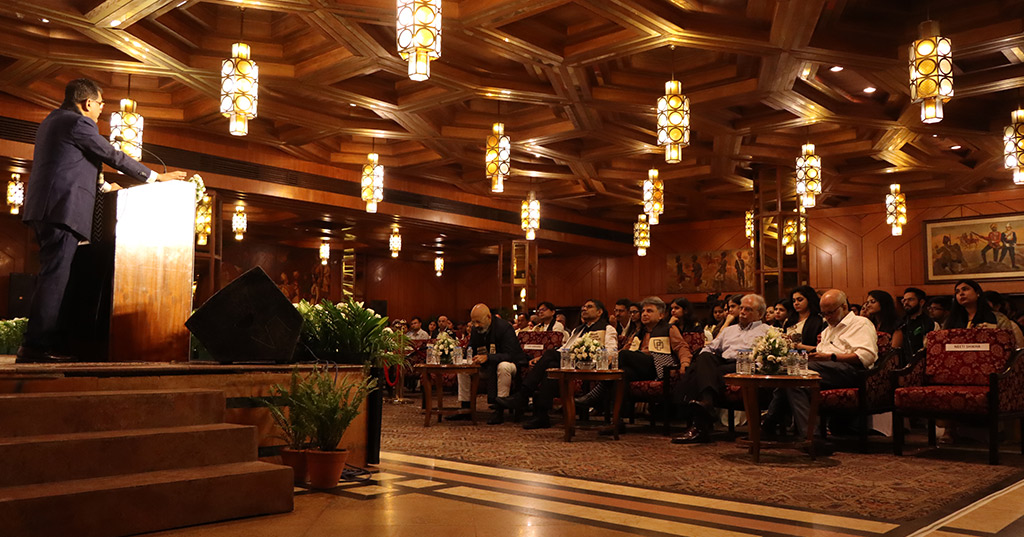 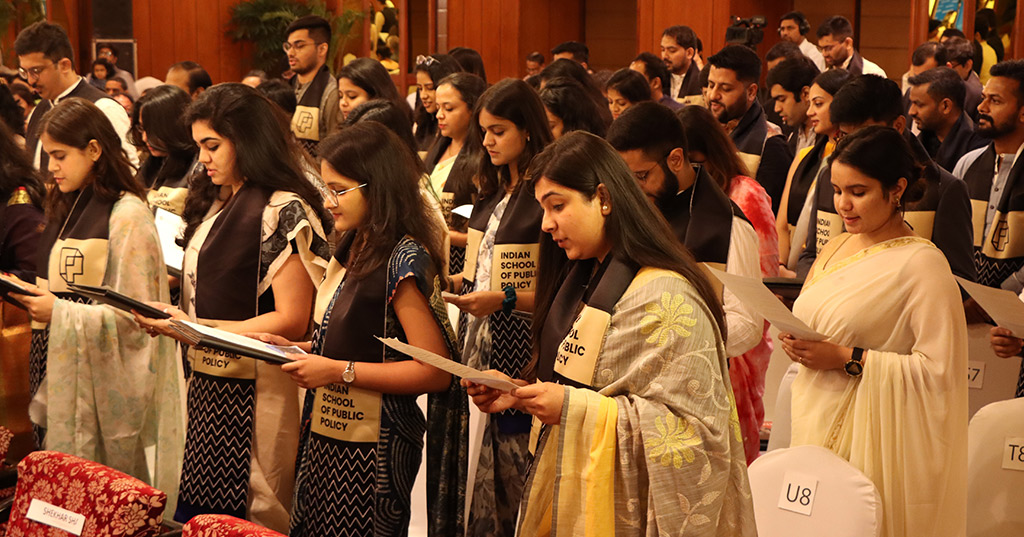 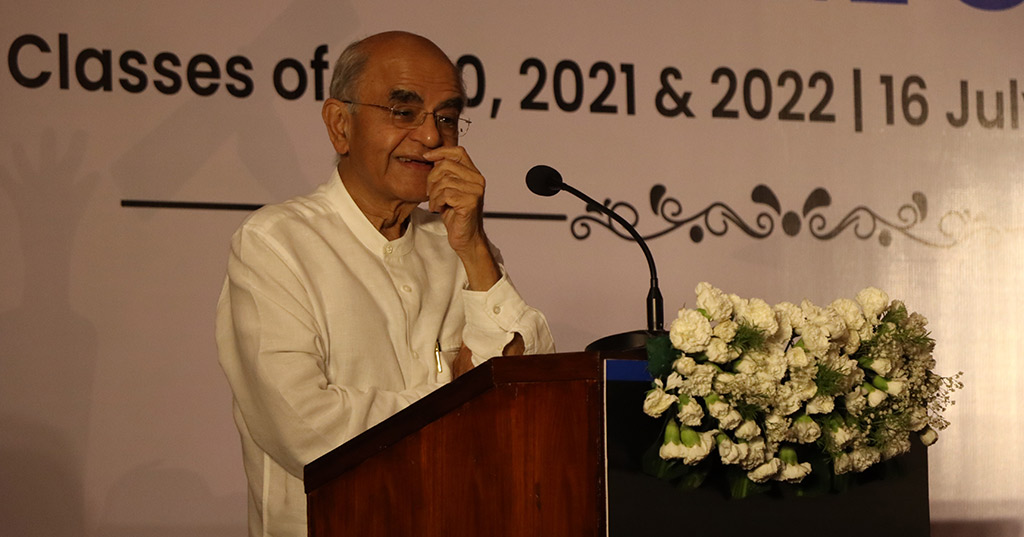 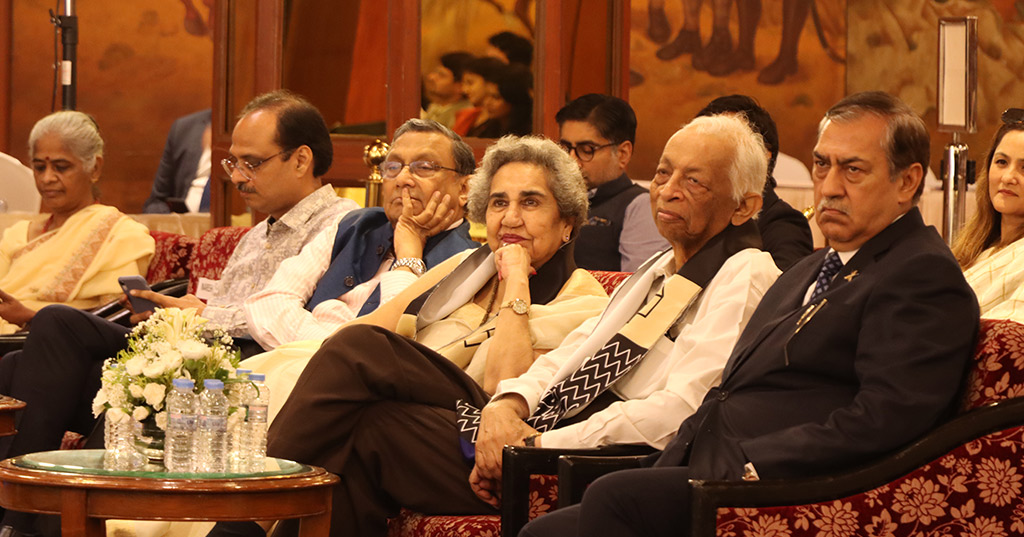 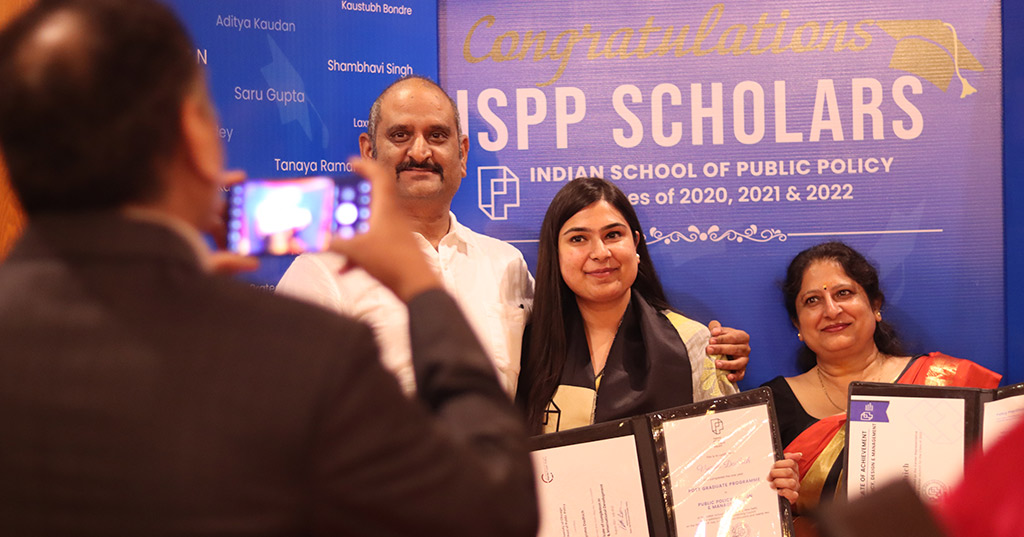 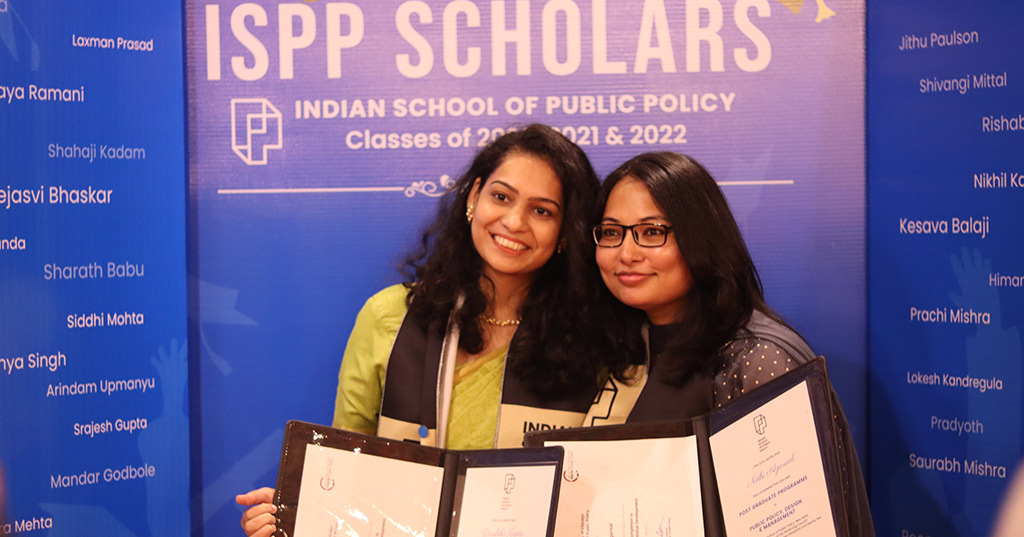 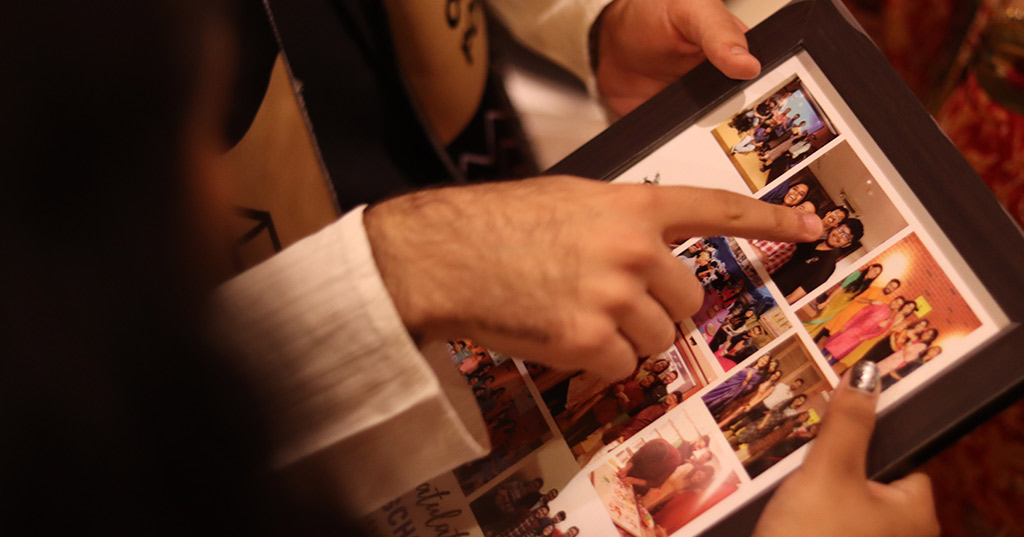 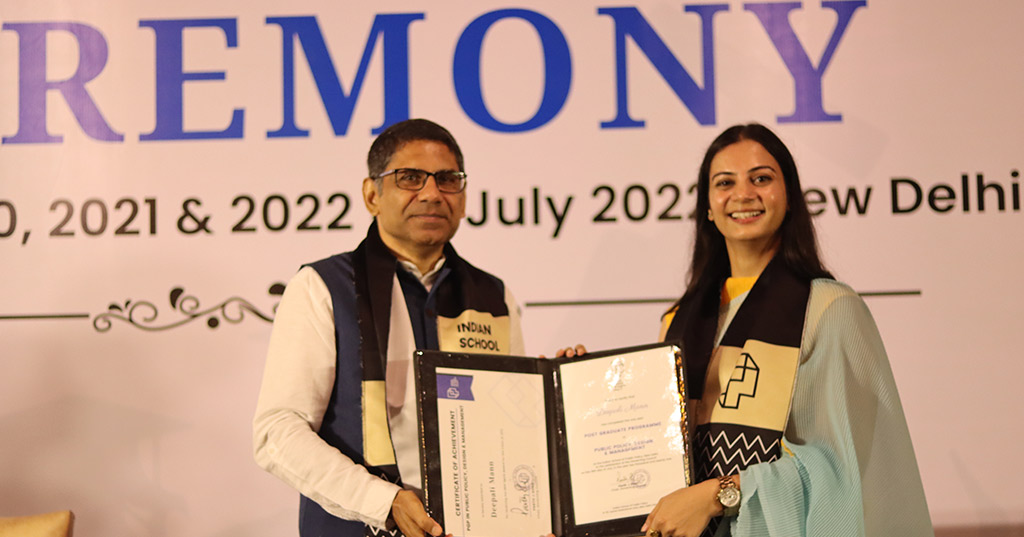 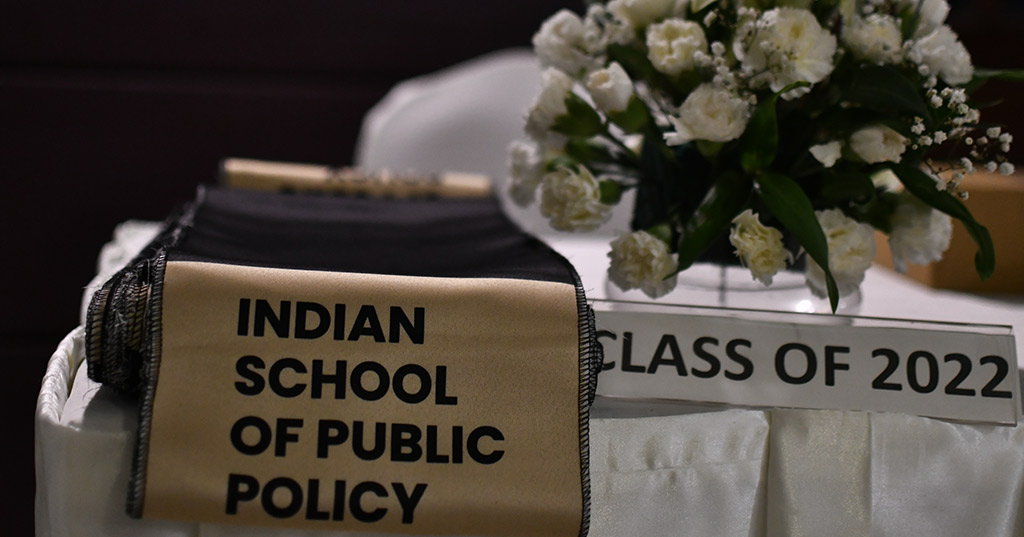 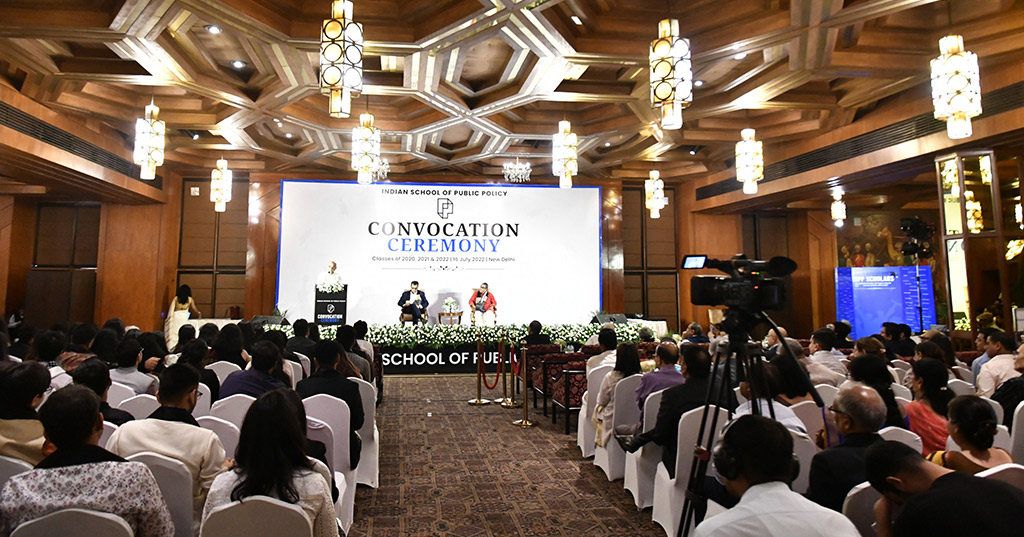