ISPP hosts an eventful Orientation week for the Class of 2023 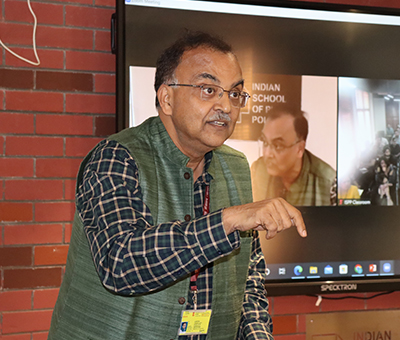 ISPP’s Orientation week for the Class of 2023 began on 1st August to onboard 60 Scholars. The Post Graduate Programme in Public Policy, Design & Management (PDM), a one-year Programme, formally began on August 6th, 2022, at the New Delhi campus.

Former Advisor to the Prime Minister and noted Public Policy Practitioner and author Amarjeet Sinha delivered the commencement speech. Praising ISPP’s PDM Programme, he said, “I wish there were courses such as this when I was a student.”

The 60 Scholars from the fourth batch, in the Class of 2023 come from 18 Indian states and share one common passion: bringing the ‘public’ back into public policy.