A Future Policymaker’s Perspective on Ethics in Governance 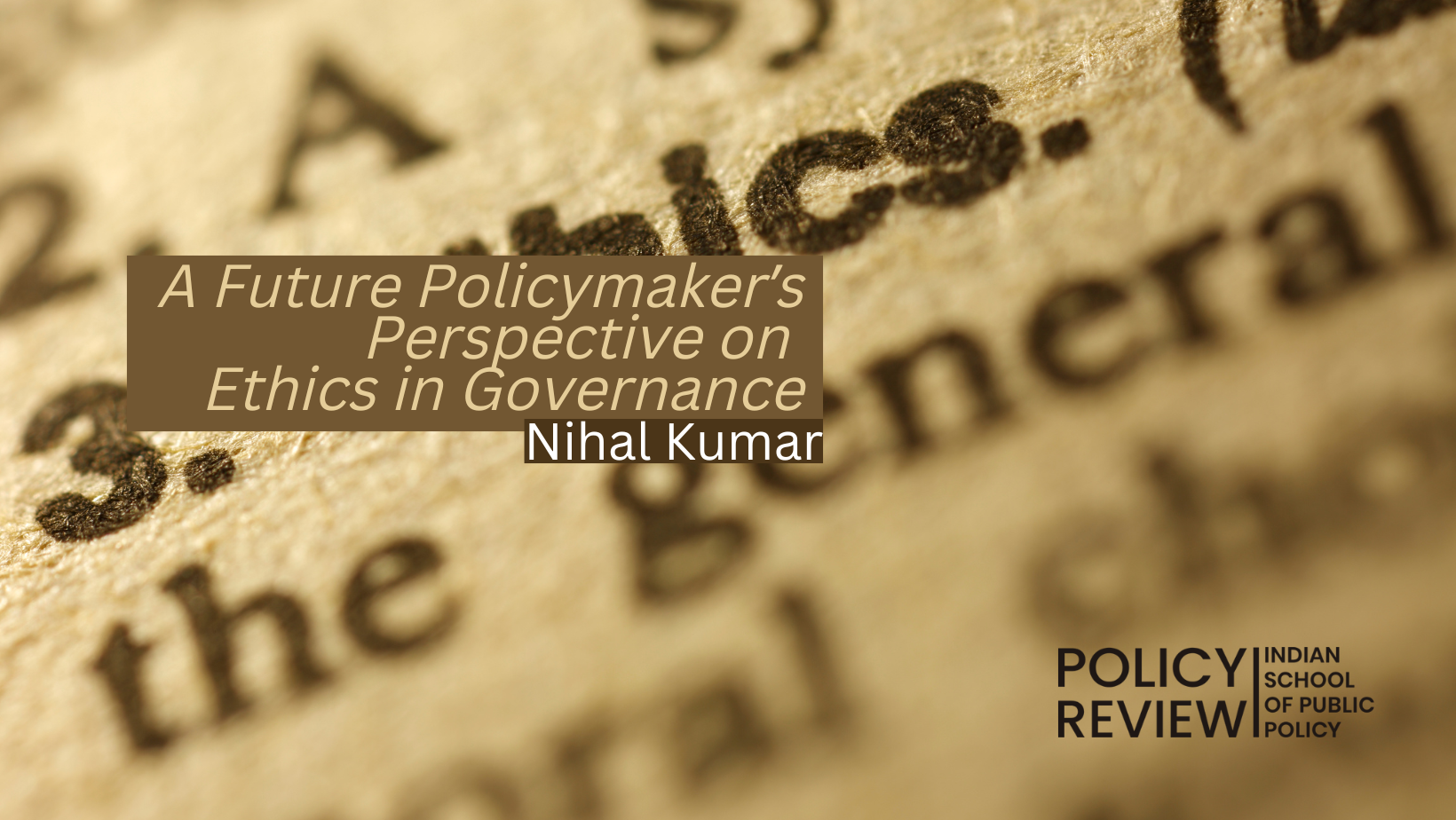 I have never cheated in an exam since I was nine. It is true. Not even an ‘accidental peek’. It was something of a rule I set down for myself after a scolding from my mother. It was such an uneasy feeling to know I had done something wrong. Then when I grew up a bit and entered my teen years, I faced situations with no clear right or wrong, nothing I could solve by referencing the rigid code of the rights and wrongs I had internalised. Nothing was/is black and white anymore.

Today, policymaking struggles to deal morally with the grey situations facing the public. Individuals deal with such problems by appealing to their moral code ethics and deciding based on their intuition what might affect them and those dependent on them for decision-making. Here, we are talking about the instinct of governance institutions to make decisions that will impact billions of people. But we face “grave deficiencies in our governance institutions—failings that are not only institutional but also moral” (Das, 2009, p. 291). If ethics are separated from governance, then policies are bound to impact society and individuals negatively. Public policy is about people, and what the people want cannot be looked at from solely an analytical lens.

It is essential to acknowledge that there are certain limitations to adopting a focus on ethics when dealing with governance issues. A few I can think of are: –

I foresee a future struggle to balance different ethical perspectives. I have always leaned towards the normative perspective, but as a policy practitioner, I will have to be both, the empiricist and ethicist. Prof. Shubhashis Gangopadhyay, the Dean of the Indian School of Public Policy, gave a lecture on our first day of college on what he calls “wicked problems.” Sometimes, feasibility and practicality may outweigh morality. With all the approaches and instruments being taught to us, which we may use as a toolbox, it seems unlikely that I will always be able to make a “purist” ethical decision that will make every stakeholder involved happy, including myself. When I think of my role as an ethicist and a future policymaker, the story by Ursula K. Le Guin – “The Ones Who Walk Away From The Omelas” – comes to mind. I wonder – will I be the one promoting the happiness of thousands, or will I fight for the happiness of one?

The future is becoming increasingly morally ambiguous, which is ethically difficult to approach. Dealing with new technological advancements has become very relevant to the ethics debate, with courses on the ethics of artificial intelligence being taught to young professionals. The problem of “just development” dealing with the emerging debate on the environment vs economic growth requires ethics to guide decision-making, as environmental destruction is irreversible. Suppose a moral code is not decided for the global free market right now, like drafting a national and international policy on preventing labour exploitation in developing countries. In that case, we might become like the residents of the city of Omelas, desensitised to the inequalities and injustices a few face in the interest of the rest.

Some of these limits can be overcome; some may not. It is essential to start drafting moral codes to guide policy decisions in existing and newer emerging spheres like artificial intelligence, data and technology, IVF bioethics, and environmental justice. But one fact remains, the role of an ethicist in governance institutions and policymaking must be given more importance, as the rise of “morally grey” case studies show us that we need to be governed by those with a clear conscience. As Kant would say, there is a sense of duty to be true to oneself and the public. I aim to find a way to make the ethicist in me an absolute part of how I will navigate the art of sound policymaking.