The agricultural sector is considered to be the driving force of almost all economies across the world. It plays a prominent role in fulfilling the needs of mankind in terms of food supply and providing raw materials for industries. In the Indian context, it is the primary source of livelihood for rural people engaging 60% of its labour force. Although agriculture plays an instrumental role in the life of Indian citizens, its contribution to the economy is continuously declining and currently lingering around 15% of the GDP impacting both the farmers and the country. There are several reasons attributed to this paradox such as inadequate credit availability, inaccessible agri-inputs, lack of remunerative markets, low infrastructures, inadequate services and unintended consequences of government interventions in labour and land markets. Hence, reforming the agricultural sector is the only pathway to radically improve the lives of the citizens along with economic development.

The monthly expenditure of rural Indians on food has declined from Rs. 643 in 2011-12 to Rs. 580 in 2017-18. Similarly, rural spending on non-food items fell by 7.6 per cent between July 2017 and June 2018. These appalling figures display the gloomy side of the farmer’s situation, who are consuming less due to low farm income. Hence, the government in collaboration with different states have decided to work in a mission to double the farm income by 2025. But after reviewing the existing policy reforms along with literature and best practices across the world it is imperative to deconstruct the existing policy elements in a way that leads to a route of positive development in the favour of farmers. Following are some of the key policy recommendations that can ensure inclusivity and effectiveness in achieving the above-mentioned mission:

With the aforementioned recommendations, it is essential to even understand the roadblocks in achieving them.

The views expressed in the post are those of the author and in no way reflect those of Indian School of Public Policy. Images via open source. 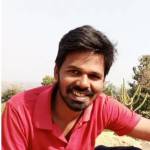 Abhishek Pandey is a policy scholar at the Indian School of Public Policy. He is a development professional with diverse grassroots experience and sound technical expertise. He has worked with corporates, NGOs and government administration on varied welfare schemes. As a dedicated professional, he has a deep interest in conducting research and has published a couple of papers on Entrepreneurship and Tribal Development (Journal of Adivasi and Indigenous Studies).