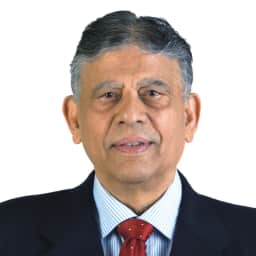 Dr. Vijay Kelkar is one of India’s pre-eminent economists. He is a former Finance Secretary and was Chairman of the Thirteenth Finance Commission of India.

For his services to the country, he was awarded the Padma Vibhushan, India’s second-highest civilian award, in January 2011.

Known as the architect of the GST, Dr. Kelkar was Advisor to the Minister of Finance (2002-2004). He was the Finance Secretary in 1998-99, and in 1999 he was nominated as Executive Director of India, Bangladesh, Bhutan and Sri Lanka on the Board of the International Monetary Fund.